Vodka, a Poker Player, a Lawsuit and a Reality TV Star: The Tale of Vicki’s Vodka 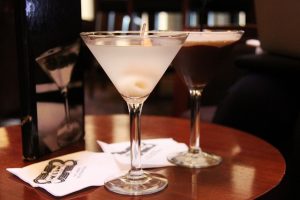 Truth is stranger than fiction and it plays out in court rooms all across the country, often involving small businesses and the people who own them. One such story involves Vicki’s Vodka, a now defunct business formerly owned by reality TV star and insurance agency owner Vicki Gunvalson and professional poker play Robert Williamson, III. Like any good reality TV show, this business apparently featured owners involved in double dealing, back stabbing and lying.

Gunvalson, of Bravo’s Real Housewives of Orange County fame, and her ex-boyfriend Brooks Ayers were sued in 2013 by Robert Williamson, III, in a Nevada court for $250,000 because they allegedly conspired to commit fraud in their Vicki’s Vodka venture. The lawsuit was filed, dismissed after an alleged settlement and then re-filed because that settlement was allegedly breached, according to Radar Online.

Williamson, a poker player by trade, alleges Gunvalson breached a contract, was involved in fraud, failed to live up to good faith dealings, engaged in misrepresentation and “conspired to unjustly enrich herself.” Ayers was named as a co-defendant in the action, but was recently dismissed from the case, along with claims that he defamed, extorted and intentionally inflicted emotional distress upon Williamson.

As part of her defense, Gunvalson has claimed she was pressured into signing a settlement with Williamson, also according to Radar Online. She alleges Williamson threatened her in before the start of a live broadcast of “Watch What Happens Live” in July 2013, where they were both guests. Williamson allegedly placed the contract in front of her and threatened if she didn’t sign he would tell the press she had defrauded him in the vodka venture.

Gunvalson claims she feared Williamson would create a scene on the broadcast and slander her, possibly endangering a renewed contract with Bravo. She signed the agreement and gave Williamson two checks totaling $50,000, but he later filed the lawsuit weeks later. It’s still pending.

Like so many Hollywood stories of things going horribly wrong, this one has many lessons for those of us not famous enough to regularly appear on cable TV.

If you’re involved in a business ownership arrangement that may be going as sour as Vicki’s Vodka, contact my office so we can talk about what’s happening, your legal rights and how they can be protected.