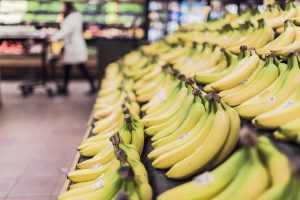 Supermarkets Haggen and Albertsons are involved in multiple lawsuits that could be worth a billion dollars. The two have filed lawsuits against each other after Haggen purchased 146 stores from Albertsons, 83 of them in California.

In August Haggen, based in Bellingham, Washington, sued Albertsons in federal court in Delaware because of its alleged “systematic efforts” to eliminate Haggen as a competitor in five states, including California, according to the Los Angeles Times. The lawsuit’s allegations include,

Haggen seeks more than $1 billion in damages. Albertsons states the allegations “are completely without merit.”

Haggen may have bitten off more than it could chew. With the purchase of the Albertsons stores, Haggen went from a local player in the groceries field (18 stores) in Oregon and Washington to a major player (more than 160 markets) on the West Coast. It has made lay offs and cut back employee hours due to “unprecedented” competition. Shoppers report Haggen’s stores are charging higher prices than Albertsons for the same products.

The Food Marketing Institute estimates that as of 2014, the country had 37,716 supermarkets with more than $2 million in annual sales, employing 3.4 million people generating $638 billion in sales. The United Food and Commercial Workers Western States Council states that a study it commissioned shows that about 400,000 people work in California’s food retail industry, or three percent of all workers in the state. Over the previous ten years the industry has grown more than two percent per year.

Sales and purchases of businesses large and small can encounter problems and the situation may be severe enough to justify legal action. If your business is considering a purchase or sale, or it has already happened, and you have concerns about legal issues, contact our office. We can talk about the situation, the possible issues involved and how your legal rights can be protected.