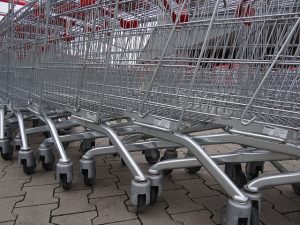 Selling your business, or buying another, can be a major event for you, your professional future and the future of your business. You may have spent weeks, if not months, finding the right buyer or seller, then came the process of reaching an agreement on the price and terms of the sale. After the parties signed on the dotted lines you celebrated. All that work finally paid off! Maybe not.

As two supermarket giants are finding out, the fact a sales/purchase agreement was reached hasn’t resulted in the ‘happily ever after’ both parties hoped for. In fact, one is suing the other for breach of contract, according to the Los Angeles Times.

Supermarket giant Albertsons is suing Haggen, claiming it engaged in fraud due to its failure to pay more than $41 million as part of an agreement to sell 146 grocery stores. Haggen, based in Bellingham, Washingtom, bought Albertsons, Vons, Pavilions and Safeway stores from Albertsons and Safeway.

They sold them because the Federal Trade Commission (FTC) required the sale as a condition of the agency’s approval of a merger between Albertsons and Safeway. The stores include 83 in the state, mostly the southern California, eleven of them in Orange County, according to the Orange County Register.

Haggen’s side of the story, told in a statement released to the public, is that,

The agreement resulted in Haggen expanding from 18 stores with 16 pharmacies to 164 stores with 106 pharmacies. The company originally planned to expand from 2,000 to more than 10,000 employees with the company growing from its base in Washington and Oregon to include stores in California, Nevada and Arizona.

Now that the Haggen took over the stores, things also aren’t going according to plan. Because of stiff competition from other stores, Haggen is planning on hundreds of layoffs and reduced hours for workers. Some customers complaining that Haggen increased prices after it took over stores while other stores are having sales to build their market share.

Buying or selling a business requires a lot of thought, care and attention. Both sides need to have a frank discussion and agreement on what both parties are required to do and what each can expect from the other. Even if you’ve done all you can do to make the sale happen, issues can still arise after it appears the sale is final. If differences cannot be work out, if one party feels a sales contract has been violated the parties may end up court.

If you have any questions about buying or selling a business and the best ways to try to make sure the parties follow through on agreements, contact our office so we can talk about the issues you’re facing and how to address them.