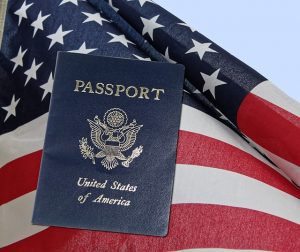 We live in a global economy and California is a key participant. According to the U.S. Census Bureau last year the U.S imported goods worth $1.3 trillion in goods and exported $890 billion worth (this doesn’t include the value of services). With all this business being done mistakes will be made, contracts will be broken and legal disputes will arise. Those disputes may be addressed in arbitration hearings outside the U.S.

Arbitration is a non-judicial way to resolve legal disputes. Instead of having a judge or jury decide the matter one or more people sit as arbitrators and decide the case. These proceedings are meant to be a faster, less expensive way to resolve disputes, but they are not perfect. There must be a binding, legal agreement between the parties where they agree to have disputes resolved through arbitration.

There are two international treaties that cover enforcement of arbitration awards, the United Nations Convention on the Recognition and Enforcement of Foreign Arbitral Awards, which has 148 party states (most of the world’s nations, except Taiwan and some others) and the 1975 Inter-American Convention on International Commercial Arbitration with 17 ratifying states in the Americas. Both are similar. Through the Federal Arbitration Act an action to enforce an award
under either convention can be made.

Both conventions allow courts not to recognize a foreign arbitration award in limited situations. These awards are presumed to be valid. The party objecting to its enforcement has the burden of proving it’s invalid because the,

If your company is now or may be involved in a foreign arbitration proceeding in the future, contact our office so we can discuss the matter. As you can see there are many legal complexities that need to be addressed and this is a situation your business should not handle without legal representation.