All businesses have some kind of intellectual property (IP) that helps them stand out from the crowd and be successful. Anything of value is worth protecting, including IP. There are many ways a restaurant’s IP rights can be protected.

Trade secrets are those things a restaurant owner can’t, or doesn’t want to, file for trademark or patent protection. This can include customer lists, marketing and sales plans, processes, recipes and many other items. These things must actually be kept secret. Having employees and vendors sign non-disclosure agreements should help.

Recipes are intellectual property. They can be a trade secret like the formula for Coke. Can they be patented? Patents can be granted for any “new and useful process, machine, manufacture, or composition of matter, or any new and useful improvement thereof” according to federal patent law. A list of ingredients can be a composition of matter and/or manufacture and how the product is produced can be a process. 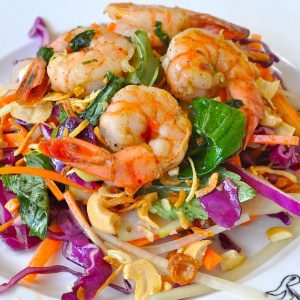 But the subject of the patent application must be “novel” and “nonobvious” so it can’t have existed before, be an obvious improvement or alteration of a previously known invention, which could be determined by someone with reasonable skill in the art encompassed by the invention. This would have to be quite a recipe to be patented given how many people have been cooking for thousands of years coming up with countless recipes.

The name of the restaurant (and possibly the name of the owners) and the names of food or drinks can be brand names that can be trademarked and not used without permission. If you’re buying a restaurant make sure those who owns it own the name and it’s listed as an item being purchased.

One example of a restaurant trademark fight is going on in Texas where for the third time since 2002, Houston’s Mambo Seafood is suing another restaurant, Samba Seafood in Humble, Texas, to stop it from stealing a trademarked logo, color scheme and name of an appetizer (“Vuelva a la vida”), according to the Houston Chronicle.

Mambo accuses Samba of being a bad imitator who is intentionally trying to deceive customers by its intellectual property theft and it has hurt Mambo’s business because of its “poor food and service.” The legal action filed in Houston federal court seeks,

Mambo Seafood has been in operation for two decades and since 2001 under its current name. It has eight restaurants in Texas. The company has already sued a restaurant called Mambo Grill and Illinois restaurants named Mambo Seafood II.

Whether you’re a restaurant owner or owner of another business and you would like help in protecting your IP assets, contact our office so we can talk about what IP you own and what should be done to protect it.