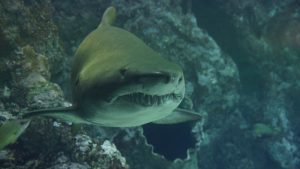 To survive and grow you need to protect your company’s intellectual property (IP). Your product designs, marketing plans, customer lists and other proprietary information are what make your business unique. Recognizing and protecting that value may also make it easier to attract investors, as patent Vic Lin points out in a recent article for Entrepreneur.

He writes about the TV show Shark Tank and how often he sees the potential investors (the sharks) on the show ask contestants (entrepreneurs seeking funding) about their IP, what it is, whether it can be copied and if it’s protected just like real world investors do when they talk to business owners outside of TV studios.

Lin writes he’s repeatedly seen (on Shark Tank and in real life) entrepreneurs who understand there’s a high risk for copying (and who take steps to prevent it) normally have more success raising capital than those who ignore or don’t understand the risk. Those steps to protect IP help entrepreneurs attract investments because their success is more assured, more protected, than the future of a business selling a product just hoping there won’t be any knock offs.

This Idaho based business was in season seven of the show and was able to get all five sharks to invest (normally only one does). xCraft makes drones, one of which can hover and also tilt and fly at a faster speed like a traditional plane (X Plusone) as well as one that incorporates a user’s smartphone (Phone Drone Ethos).

The company more than doubled its initial valuation ($2.5 million to $6 million). Lin says the sharks upped what they thought xCraft was worth because one shark asked, “Where’s the secret sauce in your company? Tell me what somebody can’t knock off.” The response was the IP behind their product designs, which were patent pending, and they thought that licensing those designs would be silly.

This company gave its pitch in episode six. Inventor and entrepreneur Ryan Frayne showed the sharks a unique valve allowing inflation of devices in a fraction of the time conventional valves require and with far less effort. Frayne stated his innovation was protected with a patent and more were pending.

This Chicago area company facilitates the home rentals in small towns where large crowds come to attend major events like collegiate football games. Unlike the other two companies they don’t sell products and with a lower risk of copying the need to protect IP with patents is less. Lin sees its “secret sauce” as its business model, which is unlikely to be copied because of its intensive, grassroots approach. It sends team members to these small towns to inform homeowners personally about their service and website.

What you see on Shark Tank is only a very abbreviated version of the discussion that can go on with potential investors and IP goes far beyond patents for drone designs. You also need to protect disclosure by current or former employees of information like marketing plans, customer lists or strategic plans. Non-disclosure agreements can help prevent that kind of IP from being leaked out to competitors.

If you have any questions about IP and how it can be protected or you believe your company’s IP has been improperly obtained or used by a competitor contact our office so we can talk about what’s going on and what steps can be taken to protect your business.