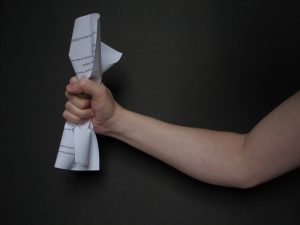 Bill Gross, the billionaire “Bond King” and the person who co-founded the Pacific Investment Management Co. (PIMCO) in 1971 no longer is part of the company and is suing it. The Newport Beach company was sued in state court in Orange County in October. The lawsuit alleges Gross was forced out by a “cabal” of other executives seeking his bonus, resulting in a loss of $250 million, according to Reuters. Forbes estimates Gross’ net worth is nearly $2 billion.

This is a case of a messy split up of a co-founder of a business and its current management. While Gross portrays his forced resignation the product of greed and conspiracies by others, PIMCO defends itself by stating,

PIMCO says the lawsuit “has no merit” and is “reputational warfare” which fails to claim Gross’ contract was actually breached. The defendant states,

Gross has a more dramatic take on events. According to the lawsuit,

An attorney representing Gross claimed “all proceeds” from the legal action will be donated to charity, including the PIMCO Foundation. Gross landed on his feet after leaving PIMCO and now runs the $1.4 billion Janus Global Unconstrained Bond Fund. Gross’ problems may be continuing despite his new job. Morningstar Inc. estimates his fund has underperformed three-quarters of its peers this year.

The Gross case is a well publicized version of a lawsuit that’s not uncommon. If there are multiple founders of a business or a founder later shares ownership with investors not everyone will be on the same page as time goes on. There may be differences of opinions on how the business is run or allegations of wrongdoing by one party against another. A well thought out and well drafted partnership or shareholder agreement is a good way to promote a more amicable splitting of the ways and reduce the risk of legal action.

If you’re a part owner of a business that could be facing a serious breakdown in consensus in how the business should be run, contact our office so we can talk about the business, how the parties see things differently and the options you can take to protect your interests and legal rights.