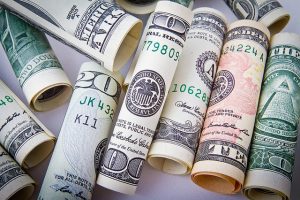 An ongoing fraud case involving an apparently fake plan to build cancer treatment center located in Montebello, funded by Chinese nationals seeking to take advantage of the EB-5 visa program, is an example of investment fraud. Normally fleeced investors lose money. These individuals also lost an opportunity to obtain at least temporary legal residency status in the country as well.

Investors who have been defrauded can take legal action against those who have stolen their money. How difficult this may be depends on the facts of the case and the applicable laws, which could be state and/or federal laws. Common hurdles in these cases beyond carrying the burden of proving fraud occurred is finding where the money went and then getting it back.

If the allegations against Charles Liu, Xin Wang and three corporate defendants are true, this would be a case of fraud by intentional misrepresentation. While investors were told their money would be spent to build and operate a cancer treatment center, the parties are accused of actually using it for their own purposes.

A fraud lawsuit like in this case could be based on violations of state and federal statutes or in tort law. Remedies for tort law are normally much broader than for breaking a statute, including compensatory damages (meant to replace what was lost and to compensate for emotional distress, pain and suffering).

There are two measurements of damages, the out of pocket and the benefit of the bargain rules.

In cases of willful and malicious conduct punitive damages (a monetary award meant to punish the defendant for its wrongdoing and send a message to it and others this type of behavior won’t be tolerated by the courts) may also be sought.

The defendants are accused by the Securities and Exchange Commission with securities fraud. Referred to as stock or investment fraud, this normally involves the misrepresentations of, or the failure to disclose, facts that a reasonable investor would consider important to making an investment decision.

Securities laws protect investors not just in connection with stocks and bonds, but virtually all investment products sold to consumers, including this case, the purported financing of a cancer treatment center.

If you believe you are the victim of securities fraud contact our office so we can discuss the situation, how state and federal laws may apply and your best options to protect your legal rights and interests as well as obtain reimbursement and compensation.