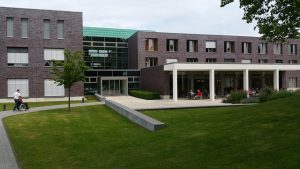 Three corporate defendants found themselves in a situation where no one wants to be: trying to convince a federal judge they shouldn’t be held in contempt. The August 30 hearing in the U.S. District Court for the Central District of California is the latest chapter in a case brought by the U.S. Securities and Exchange Commission (SEC) concerning an alleged $27 million fraud scheme.

The money allegedly came from at least fifty Chinese nationals seeking eligibility for permanent resident status through the EB-5 investor program. It allows foreigners investing anywhere from $500,000 to $1 million in a commercial U.S. enterprise, saving or creating at least ten jobs in the process, to have legal status in the country for two years with the potential for permanent legal status in the future.

The Beverly Proton Center, the Pacific Proton Therapy Regional Center, LLC, and the Pacific Proton EB 5 Fund, LLC, through their attorneys told the judge they lack access to the financial information and documents the court is seeking. The court on July 16 issued a preliminary injunction compelling them to file a schedule of assets with a court monitor and to produce copies of all books and records supporting that accounting. On August 17 the judge signed an order to show cause why they should not be held in civil contempt for violating the order.

The defendants stated the SEC wants them held in contempt because they can’t access corporate books and records that the agency believes are in the possession of defendant Charles C. Liu. They state they’re unable to secure such records or to invade Liu’s attorney-client and Fifth Amendment privileges. Because the July preliminary injunction froze their assets, defendants say they can’t employ officers, employees and counsel to pursue additional records that might exist.

The SEC filed a federal complaint in June charging Liu and his wife, Xin Wang, with fraud. He allegedly asked the federal government in 2010 to designate Pacific Proton as a “regional center” under the EB-5 program so they could obtain foreign investments to build a cancer treatment center in Montebello. The SEC believes that at least fifty Chinese individuals seeking to invest in the project started sending money to the defendants in October 2014.

Liu and Wang have asserted their Fifth Amendment privilege against self-incrimination and have not supplied any financial information. The SEC takes the position that the corporate defendants involved have no such rights. A June temporary restraining order froze the couple’s assets and prohibited them from raising more money or spending any that they’d already raised.

Instead of spending the money on the project the SEC alleges Liu,

Substantial sums of money need to be invested in order for a foreign national to get involved in the EB-5 program. As motivated as a person may be to obtain legal resident status in the U.S. he or she needs to ensure that they are not being taken advantage of by criminals engaged in fraud. If you or a client want to be a part of the EB-5 program we can help by making sure investments are being made with qualified, bona fide ventures. Contact our office today.