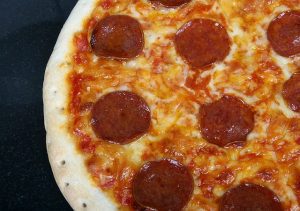 Allegations a growing national pizza chain improperly hired an IT executive away from one of the nation’s leading “fast casual” restaurants is the basis of a recent lawsuit filed in federal court in St. Louis. At issue to the potential loss of intellectual property, specifically technology such as digital ordering kiosks, according to the St. Louis Business Journal.

Panera Bread Co., based in the St. Louis area, states it filed a lawsuit in July against a former IT executive and his new employer, Papa John’s International Inc., in order to protect its technology trade secrets. Panera claims Papa John’s knowingly interfered with an employee contract to gain trade secrets involving its technology. The plaintiff seeks injunctive relief, damages, attorneys’ fees and a jury trial.

Michael Nettles is the former Panera employee at the center of the legal storm. He’s a named defendant in the suit who was Panera’s vice president of architecture for the company’s information technology department from 2012 to July 1, 2016. Panera states he had “privileged access” to its tech based initiatives and was involved in every aspect of their development.

The lawsuit claims Nettles knows of Panera’s high-level discussions about using technology, developing an intimate knowledge of Panera’s strategic technology plan. Panera stated it has invested more than $42 million in its digital and tech strategies including enabling customers to order via their smartphones or in-store kiosks.

Nettles allegedly signed a non-compete agreement with a list of competitors (including Papa John’s) where he couldn’t work for a period of time. Papa John’s is accused of knowing about the agreement but still pursuing Nettles.

Nettles emailed Panera CEO Ron Shaich stating he had taken a job with Papa John’s and asked to be released from the non-compete agreement. Shaich denied his request but offered to help him find a new job at a company not competing with Panera. Panera claims it didn’t release Nettles from the agreement but Papa John’s encouraged him to begin work for it anyway.

Nettles is portrayed not just as someone looking for work elsewhere but also taking with him privileged information, according to the lawsuit which alleges,

Panera (which doesn’t sell pizza) took a broad interpretation of how it and Papa John’s (which does) competes by stating it was going head-to-head on creating the “ultimate customer experience” through the use of technology and that both focus on products made from dough and emphasize using fresh, high-quality ingredients.

Panera claims Nettles and Papa John’s have caused and will cause irreparable harm. It states that unless its contract is enforced other executives will ignore their contracts and leave the company to get jobs at competitors. Papa John’s issued a statement denying the two companies are competitors or that it wants Panera’s confidential or proprietary information.

If you fear an employee is considering leaving to work for a competitor, or already has, and your business risks losing valuable intellectual property to a competitor, contact our office so we can discuss your situation, how the law may apply and your best options to protect your business’ legal rights and interests.