Wolves Among the Flock? Accused Fraudsters May Have Targeted Fellow Church Members 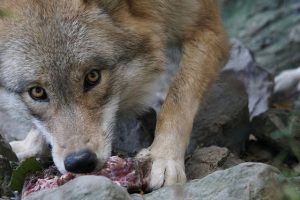 Those who own successful local businesses often rely upon networking to try to meet potential customers, referral sources, future employees and investors. That networking can occur any time and any where people meet, including while attending religious services. You may feel a connection to someone who shares your faith and attends the same church. You may feel that person is also more trustworthy because of that apparently shared faith, but your feelings may be wrong.

Steven McKinlay and Kristi McKinlay of Coto de Caza were arrested in December (just before Christmas) and are facing grand theft and fraud charges. The Orange County District Attorney’s office claims they bilked investors, including people they knew through their church, out of more than $3 million, according to the Orange County Register.

They are the owners of God’s Sports Company located in Foothill Ranch. The McKinlays have been charged with a dozen felonies, including using untrue statements in the purchase or sale of a security, grand theft and the use of a device in a scheme to defraud. If convicted the two could be imprisoned up to 23 years and eight months.

The Orange County District Attorney’s Office issued a statement about the case and the alleged fraud that was involved. The scheme is described as an “Affinity Fraud.”

The McKinlays are being held in lieu of $3 million bail. Kristi McKinlay, who is a CPA, has plead not guilty to the charges. The Orange County District Attorney’s Office office stated if they want to post bond the McKinlays will need to prove the money is from a “legal and legitimate” source.

The Dana Point Times reports that there has been an outpouring of support by the community for Kristi McKinlay. Her ex-husband, Don Kindred, told the newspaper he thinks Kristi is a victim in the case. He said she’s well respected in the community, was a leader in the Rotary Club and raised a lot of money.

The McKinlays apparently did raise a lot of money for God’s Sports Company but whether it was properly spent remains to be seen. Before investing money in any business, especially a small, local business, you must do your due diligence and thoroughly vet the business and its owners.

If you have fallen victim the the McKinlay’s alleged fraud or some other investment fraud, contact our office so we can talk about what happened, the laws that may apply in the situation and your best options for recovering your lost money.