Spoliation and Yogurt: Destroying Evidence is a Bad Idea 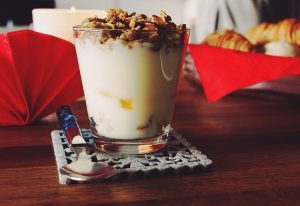 Evidence is the life blood of a lawsuit. If you think you may have a legal claim against a party it’s important you not alter any evidence and maintain its integrity. If you think you may be sued, or have already been sued, you may be tempted to alter or destroy damaging evidence. That’s not a good idea because it may open you up to possible sanctions by a judge.

This issue came up in purported false advertising class action lawsuits filed last year against Whole Foods Supermarkets, according to the Philadelphia Inquirer. They are based on a Consumer Reports story concerning store brand Greek yogurt. Six samples were found to have on average 11.4 grams of sugar while the labels stated that they only had two grams of sugar.

Attorneys for the store stated yogurt samples had been retained for testing. Plaintiffs’ attorneys weren’t so sure. They filed a motion in court claiming all of the yogurt in question had actually been destroyed after the products were pulled from the shelves when the article was published and a prior lawsuit was filed in Philadelphia in 2014.

The motion states that the store admitted in writing that it “believes the voluntarily withdrawn product was destroyed pursuant to Whole Foods protocol.” Whole Foods responded with a statement not quite denying the allegations. “Whole Foods Market took reasonable steps to preserve relevant evidence for this case and we believe there is more than sufficient evidence supporting that fact.”

The Philadelphia lawsuit, consolidated with others in federal court in Austin, Texas, was dismissed in March as the judge ruled against the plaintiffs because they had not conducted FDA-compliant testing. The plaintiffs can amend and re-file the complaints. The status of the allegedly destroyed evidence, and its ramifications on the case, is not clear.

The destruction or tampering with evidence is called spoliation. If a party negligently or intentionally withholds or destroys relevant information that will be required in a legal action the party may be liable for spoliation of evidence under Federal Rule of Civil Procedure 37. California courts have a similar rule.

If a document or physical piece of evidence is lost or altered a court may,

The theory behind this is to discourage spoliation and if evidence has been intentionally altered or destroyed the party responsible did so to avoid providing evidence. Spoliation of evidence is also prohibited by the legal profession’s code of conduct and Title 18 of the United States Code.

If you believe your company may be involved in some future legal action, either as a defendant or plaintiff or as part of some government agency investigation, you should not alter or destroy documents (electronic or on paper), data, or anything tangible or physical that may be used as evidence. If you do you risk your company being sanctioned if that evidence turns out to be relevant to the issue at hand.

If you find yourself in this position contact our office so we can discuss the situation and how you should proceed in order to protect your legal interests and rights.