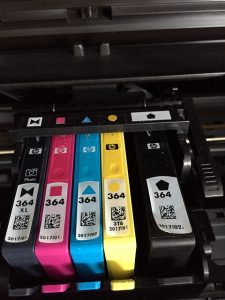 If you patent your product can you limit what your customer can do with it? Not so much says the U.S. Supreme Court in a decision released late last month. It involved a dispute over printer ink cartridges but this could be applied to any number of products. The end result is that patent holders, once their product is released into the market, can’t do much to control what purchasers and others do with it.

The case concerned Lexmark International, which sells printers in order to sell you much more profitable toner cartridges. The company can’t use patent law to stop companies from refilling and selling the cartridges, according to the decision.

Thanks to that ruling anyone who refurbishes, repairs or sells used products would now be protected from patent infringement claims. You also can’t be forced to buy supplies only from the original product source. The end result may be lower consumer prices for ink cartridges and perhaps other used products too.

Lexmark sold the cartridges on the condition that they couldn’t be reused after the ink ran out. However that condition was widely ignored and many consumers “recycled” the cartridges through a number of outlets. Impression Products, a small West Virginia company, bought used Lexmark cartridges, refurbished and refilled them, then sold them at a lower price than Lexmark charges for new ones (which isn’t saying much).
Lexmark sued the company for patent infringement. The U.S. Court of Appeals for the Federal Circuit sided with Lexmark. It ruled that generally consumers can do what they want with products, but Lexmark’s limitation could be enforced under patent law. The Supreme Court disagreed.

Chief Justice John G. Roberts Jr., who wrote the decision for a unanimous Supreme Court, stated patent laws can’t be used to enforce contractual conditions placed on the sale of its cartridges. Under the legal doctrine of “patent exhaustion” after a patent holder sells an item, it can no longer control it by using patent law. According to Roberts, “The purchaser and all subsequent owners are free to use or resell the product just like any other item of personal property, without fear of an infringement lawsuit.”

“Take a shop that restores and sells used cars…The business works because the shop can rest assured that, so long as those bringing in the cars own them, the shop is free to repair and resell those vehicles. That smooth flow of commerce would sputter if companies that make the thousands of parts that go into a vehicle could keep their patent rights after the first sale.”

If you buy these types of cartridges it will come as no surprise that inkjet printer ink is one of the world’s most expensive liquids. Consumer Reports magazine estimated in 2013 that it cost $13 to $75 an ounce, more than top-class Champagne and many perfumes. A new Lexmark toner cartridge, with a suggested price of almost $200, sells for $138 at a major retailer. But a refurbished replacement sells for $72.

The decision impacts far more than printers, particularly the import and resale of products like smartphones and name brand drugs. The decision essentially states that once products are sold, buyers can do what they want with them unless laws other than patent law intervene.

Theoretically under the ruling a retailer could buy goods at the cheapest price it can find worldwide, import them and resell them. Companies often sell their products abroad at lower prices on the condition that they won’t be imported into the U.S.
If you have any questions about how this ruling may impact your business or open up new opportunities for it, contact our office so we can talk about your business and how the law might be applied in your situation.