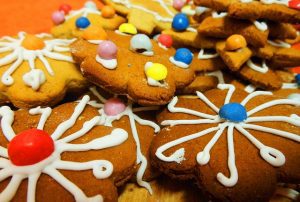 Cookies not only taste good but they can be the subject of intellectual property (IP) lawsuits. While many IP lawsuits in the news concern high tech patents like those between Samsung and Apple over smart phones, IP disputes can arise over virtually over any product that has a patent, trademark or copyright.

A cookie sold by Trader Joe’s is the basis of a trademark infringement case filed in December in federal court in Connecticut by Pepperidge Farm, Inc., a bakery unit of the Campbell Soup Company, according to Reuters. Trader Joes’ estimated total revenues in fiscal year 2013 was $10.5 billion. It’s a privately held grocery store chain based in Monrovia, California, which opened its 400th store in 2013.

Pepperidge Farm claims that Trader Joe’s has infringed its trademark rights by copying the look of its Milano cookies and its packaging. It claims the grocery store chain is damaging its goodwill and confusing shoppers through the sale of its Crispy Cookies.

Milano cookies are oval shaped shortbread cookies that sandwich chocolate or other flavored filling. A trademark for the cookie was registered in 2010. Pepperidge Farm admits the Trader Joe’s cookie at issue is more rectangular but its rounded edges mimic an oval shape.

Cookies are no stranger to IP litigation. The tasty treats have kept many a lawyer busy by more than just eating them.

No matter what product you sell you may want to consider IP litigation against an infringing party or you may be the defendant in such a lawsuit. Either way, whether your product has a patent or a related trademark or copyright, call our office so we can discuss competing products, applicable legal protections and the best ways to protect your legal rights.