Counterfeit Goods are a Real Problem 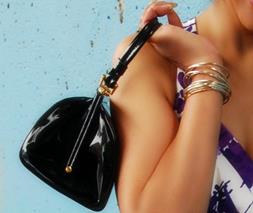 Fake goods are a problem for manufacturers for many reasons. Companies spend their resources building their brand, earning the trust of consumers who assume the purchase of an item with a label or name on it means they’re getting a good value. With a counterfeit what they may get is something of poor quality that may endanger their health or life. This harms the company’s reputation, brand and reduces sales.

If this is something your company is coping with trademark infringement litigation is one option you should consider. Your company would have to establish it owned trademark rights, your trademark (such as your company’s name or logo) was used without permission and damages resulted.

Counterfeit goods are a $250 billion a year business, reports USA Today. The U.S. Customs and Border Protection (CBP) agency is responsible for trying to stop counterfeits from entering the country. They only confiscate a fraction of what makes it in, but in 2013 they confiscated $1.7 billion dollars worth of goods last year.

The danger of counterfeit items is not limited to cheap clothes, accessories or watches falling apart soon after they’re bought.

Manufacturers using counterfeit parts (knowingly or not) could be sued for damages if their products end up injuring customers or bystanders. If the entire product is counterfeit, sold without permission, is defective and injures someone, a manufacturer could be subject to legal claims until it can establish it wasn’t its product doing the harm.

Litigating a trademark/counterfeit case can be lengthy and expensive, but fashion empire Chanel successfully sued importers of counterfeit products in Canada, winning a $380,000 verdict and injunctive relief against several people and companies in a way that can save money and time.

The Canadian court used a process called a summary trial which is similar to summary judgment in U.S. federal courts, in which a decision is made “on the papers” (documentary evidence, affidavits, discovery responses) instead of testimony at a trial, making the process much faster and less expensive.

If you believe your business has suffered harm because of counterfeiters, contact our office. We can talk about the counterfeit products, who you believe is making, importing and selling them. Legal action against the responsible partied could result in your firm being awarded damages and a court order the selling of counterfeits cease.