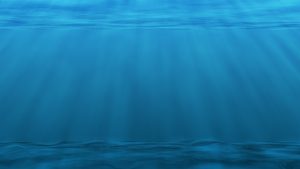 The U.S. Supreme Court recently ruled that under some circumstances a patent infringement case in a U.S. court can reach into other countries. Profits derived from an infringing product sold overseas could be damages available in a successful infringement case under a particular federal statute.

The court decided the appeal of WesternGeco LLC v. ION Geophysical Corp. in June. In a 7-2 decision the court decided a patent owner can recover lost foreign profits for infringement under 35 U. S. C. 271(f)(2).  This section of the law addresses what might happen if someone creates a patented invention’s component in the U.S. and exports it so it can be adapted or assembled in another country which, if it were assembled inside the U.S., would violate the patent holder’s rights. The statute essentially makes it illegal to offshore patent infringement.

This section of the statute was amended by Congress in response to a Supreme Court decision issued in 1984, Deepsouth Packing Co. v. Laitram Corp.  In this case the defendant sold a machine covered by plaintiff’s patent, but it never assembled the full machine in the U.S.  Instead components were shipped to customers in other countries who assembled the complete machine.

The U.S. Supreme Court ruled the defendant wasn’t liable for infringement because the defendant’s customers’ acts all took place abroad and that the defendant did not make, use, sell, or offer to sell the entire patented machine in the U.S., nor did it induce or contribute to infringing acts that occurred in the U.S.

Like many patent infringement cases this one goes back several years. WesternGeco develops technology used to survey ocean floors. ION Geophysical Corporation is a competitor. In 2007 ION started copying WesternGeco components for a competing surveying system and shipped them to foreign customers. The customers combined the components to create a system that was virtually the same as WesternGeco’s patented systems.

WesternGeco sued claiming it lost ten contracts due to ION’s infringement. The jury agreed, found ION liable and awarded WesternGeco damages of $12.5 million in royalties and $93.4 million in lost profits. ION tried to set aside the verdict claiming WesternGeco can’t recover damages for lost profits because they occurred in another country. The trial court denied the motion, but a federal court agreed with ION, stating the statute doesn’t cover lost foreign sales. WesternGeco appealed to the Supreme Court.

Justice Clarence Thomas wrote the majority decision. He stated the law focuses on domestic conduct, the supplying of material from the U.S. with the intent it would be combined in a different country in a way that would violate U.S. law if all the work had been done inside the U.S. Thomas wrote ION’s acts took place in the U.S. with the intent to violate patent law. Because of that it’s permissible for a court to award damages based on the harm done outside the country.

If you believe another party is copying and exporting your products in order to violate your patent rights or you’ve been accused of such actions, contact our office so we can go over the facts, what laws may apply and the steps you can take to protect your company’s rights and interests.