How Does PPA’s Alleged Ponzi Scheme Compare to Others? 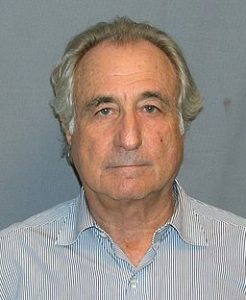 Ponzi schemes are fraudulent investment arrangements where instead of money being invested legitimately, it’s used to pay those engaged in the fraud as well as earlier investors. As long as the money continues to flow in, the scheme stays afloat. When the incoming money stops, since there was no actual investment, the scheme implodes.

The CEO of Irvine based Pacific Property Assets (PPA) Michael Stewart is facing eleven federal criminal charges at the U.S. District Court in Santa Ana. The charges claim that PPA changed from a legitimate real estate company into a Ponzi scheme, according to the Orange County Register.

Stewart claims he operated the business in good faith and, like many other businesses, was simply the victim of a downturn in the economy.

If PPA was in fact a fraudulent Ponzi scheme, it fits into the classic profile, according to a Forbes magazine article by Jordan Maglich. He says he’s put together an online database of over 500 Ponzi schemes involving at least $1 million that were exposed between 2008 and 2013.

The Bernie Madoff $20 billion scheme is the most famous (or infamous), but Maglich estimates the grand total for all the schemes he’s found is over $50 billion lost. He claims that on average a Ponzi scheme was discovered every four days in that six year time frame.

In good economic times the unusually good gains promised by fraudsters might be easier to accept. Maglich states that from October 2002 to October 2007, the S&P 500 Index gained over 100% so it was easy for Ponzi schemes to hide among legitimate investments.

In 2008 stock values dropped (and in PPA’s case more importantly the value of its real estate holdings dropped). New investment money needed to pay prior investors ceased and Ponzi schemes were exposed. That year and in 2009 at least 157 Ponzi schemes collapsed (117 in 2009) involving nearly $40 billion in investor funds.

PPA’s losses total about $115 million from investors and bad mortgages, above the average scheme size of $98 million, far higher than the median scheme size of $10 million. The three biggest Ponzi schemes skew these figures so without them counted the PPA losses are almost triple the re-weighted $43 million average.

There was a disproportionate concentration of Ponzi schemes in California, New York, and Florida with about 170 of the over-500 schemes from one of those three states. New York had 40% of the dollar losses. California was home to at least 73 schemes.

Criminal penalties have hit convicted Ponzi artists hard, according to Maglich. Since 2008 there have been almost 400 related prison sentences totaling nearly 5,000 years. The average and median sentences are 114 months and 108 months respectively. Stewart, age 68, if convicted on all counts could be sentenced to 220 years in prison.

If you’ve been the victim of a Ponzi scheme, or own or manage a company wrongly accused of fraud, contact our office. We can talk about the facts of the case, what laws may apply, how they could affect you and your best choices for moving forward.