Do You Own the Software on the Computer That You Drive? 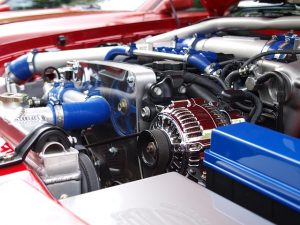 When you buy a computer, you normally license software that runs on it, which allows you to use, but not modify, the software. When you buy a car that contains a computer with software on it (which all modern cars do), do you own the software (allowing changes as you see fit) or license it (meaning only the manufacturer can change it, unless it authorizes the changes)? That was the subject of a hearing held by the Library of Congress in Los Angeles last month concerning the Digital Millennium Copyright Act.

That agency is named by the law to make recommendations on what areas should be exempted from the law. Independent auto mechanics, and the businesses that sell to them, support a continued exemption, which supporters claim allows them to fix and modify vehicles for their customers without being controlled by manufacturers, according to Auto Blog. Manufacturers argue buying a car doesn’t mean you own the software in it, and changing that software infringes on their right to protect proprietary intellectual property and those unauthorized changes can lead to malfunctions and accidents.

Parties on both sides were at the hearings, which covered dozens of disputed areas of copyrighted material, in addition to the dispute concerning vehicle owners. The issue goes deep into property rights (What does it mean to own something if you can’t fully control it or access what’s inside?) vs. intellectual property rights (Should copyrighted software be modified without authorization?).

Ultimately a ruling could affect whether vehicle owners can continue to choose their own mechanics. Should the Copyright Office (which acts after getting the Library of Congress’ report) deny an exemption to the Digital Millennium Copyright Act, automakers could only authorize repairs at dealerships or sell the access codes necessary to repair cars to preferred service shops. This restriction in the supply of alternatives for car repairs would result in less options for consumers and higher repair prices.

Ironically, the government body designated by law to come to with recommendations for high tech exemptions to copyright law itself is technologically backwards, according to NBC News. The federal Government Accountability Office (GAO) issued a report in May stating the Library of Congress has “significant weaknesses across several areas” of its technological infrastructure. Despite a $119 million budget in 2014 to address those weaknesses, the GAO report found the library’s IT department was disorganized and lacked leadership.

If you believe material that you own a copyright for has been infringed upon, or your business has been accused of such infringement, contact our office so we can talk about the situation, the laws that apply and what your business should do moving forward.