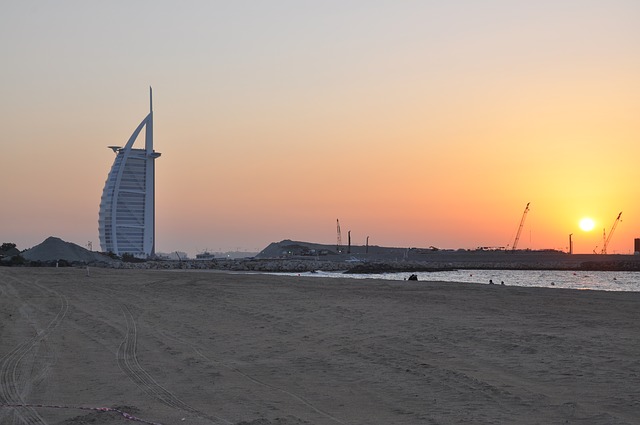 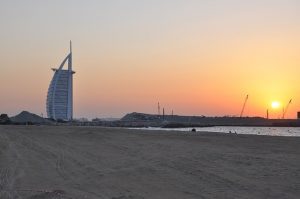 The lawsuit was filed five years ago and it took about a day for the jury to make its decision: the evidence didn’t show one of the Middle East’s most prominent banks, Emirates NBD, committed fraud and stole technology from an Irvine firm, InfoSpan, that sued it for half a billion dollars in damages after a partnership between the two collapsed.
InfoSpan claimed in a federal court lawsuit that Dubai based Emirates NBD ended a partnership to develop and implement a mobile payment system because it didn’t want to share revenue and stole InfoSpan’s technology to launch its own service, according to the Los Angeles Times. The company sought $540 million in damages.
Emirates denied it stole or ever used InfoSpan’s technology. It claimed it cancelled the partnership because InfoSpan couldn’t do what it promised to do: produce a working product. The bank also alleged InfoSpan misled it into thinking it was an established company, not one with little to no track record.
This kind of trade secret case can be difficult to win because it can be very complex. The plaintiff didn’t need to show its technology was perfect, it did need to prove it had a trade secret, took steps to protect it and the defendant stole it.
InfoSpan’s owner, San Juan Capistrano resident and entrepreneur Farooq Bajwa, set out to develop a mobile payment system that could allow migrant workers in the Middle East to send money back home through text messages. He stated that his company and investors spent $87 million developing the business and technology, known as SpanCash.
Bajwa partnered with Emirates Bank in 2007 to fully develop the system and implement it.
• The Gulf States, such as Dubai, have many migrant workers which could’ve been customers for SpanCash.
• The hope was that these migrants could transfer money back home (such as India and Pakistan) much cheaper than through Western Union or hawala, a traditional Middle Eastern broker-to-broker money transfer system.
• McKinsey & Co. looked at the potential and its report, cited in court records, estimated potential annual revenue of $3.5 billion by the deal’s fifth year, with InfoSpan receiving more than $2.8 billion in fees.
That was not to be as the relationship between the parties soured and the bank cancelled the deal in 2009. How sour? Days later Emirates filed a criminal complaint in Dubai claiming Bajwa and a partner defrauded the bank and misrepresented InfoSpan as an established business with a working technology. Two years later, InfoSpan sued Emirates in U.S. District Court in Santa Ana claiming SpanCash worked and it delivered the source code to the bank’s servers.
InfoSpan’s position that Emirates was the one engaging in fraud, using its intellectual property to launch its own mobile payment system to avoid paying InfoSpan fees for the service. The bank denied it obtained the computer code or used it at any time.
After the criminal complaint was filed InfoSpan alleged,
• Bajwa’s partner, Larry Scudder, was detained at the Dubai International Airport, taken to a cell and held for 19 hours until he secured his release by turning over his passport.
• Bajwa claimed he sought to resolve the situation but was told Scudder’s passport would be returned and he could leave the country only if InfoSpan gave up ownership and turned control of SpanCash over to the bank.
Six months passed, the bank withdrew the fraud complaint but SpanCash’s reputation was tarnished and the service collapsed, Bajwa previously told The Times. The bank stated it cancelled the deal and filed a criminal complaint not to extort InfoSpan but to get its money back because it was misled and it questioned the character of InfoSpan’s employees.
Bajwa told The Times the two week trial has taken a toll on him and he had no plans for his next steps. “I am just beat up,” he told the paper.
If your company has entered into a partnership that is going sour, has already ended badly, or may involve the theft of your intellectual property, contact our office so we can go over the facts, what laws may apply and the steps you can take to protect your company’s rights and interests.