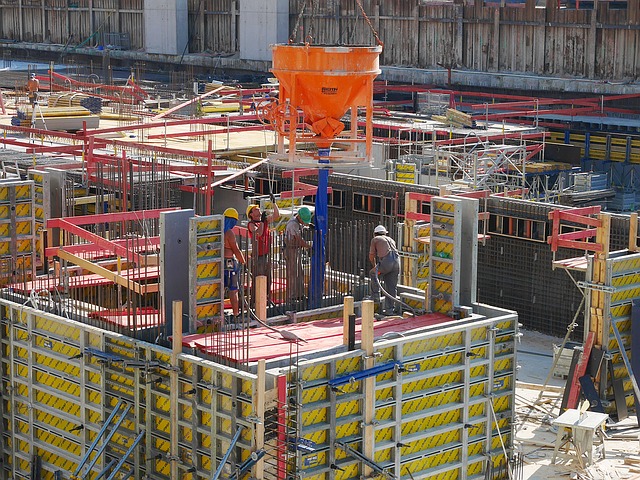 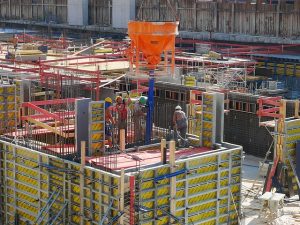 One of Lost Angeles’ biggest real estate developments is small potatoes compared to other projects the developer has worked on in China. Metropolis, a $1 billion mixed-use project next to the 110 Freeway, is unprecedented for L.A. but familiar to Winston Yan. He’s an architect and executive for the developer, Chinese real estate giant Greenland and chief technical officer for its U.S. subsidiary. He told the Los Angeles Times, he’s seen similar projects in Beijing and Shanghai.
Los Angeles is familiar territory for foreign developers but none are building like the Chinese are today. Chinese developers including Greenland, Oceanwide and Shenzhen Hazens are spending billions in the city, adding thousands of residential units in skyscrapers that are fundamentally changing the city’s skyline.
Potential residents are not necessarily locals. Many future homebuyers are expected to come from China where many are looking to the apparent safety of foreign real estate to diversify their wealth. This trend has been increased by China’s slowing economy.
Chinese real estate companies are paying a premium to establish themselves as global brands. They are coping the fact the development rules in both countries are very different. While China emphasizes development cities in the U.S. often put a brake on development due to regulations and planning requirements.
A six acre site on the corner of West 8th Street and the Harbor Freeway was the site of many plans but no execution until Chinese developers came on the scene. Development plans were shelved due to one economic downturn after another. In 2014 Shanghai’s Greenland paid $150 million for the plot planned a “city within a city” with about 70,000 square feet of retail space, an 18-story boutique hotel and 1,500 residential units in three condo towers, some with ocean views. Properties were priced at $500,000 for the lowest end to $6.9 million for the penthouses. Completion is expected in 2018.
The company is involved in much larger projects back home. When Greenland’s chairman visited the Metropolis site it was the first time he didn’t need a car to travel across one of his construction sites.
Metropolis is not alone for Chinese developers. Oceanwide Holdings, another Chinese developer, paid $174.8 million for 4.6 acres across from the Staples Center. The company is in the early stages of a $1 billion mixed-use project of its own with nearly 170,000 square feet of retail space, a luxury hotel and two condo towers that will offer more than 500 residences. The project is expected to open by the end of 2018.
Across the street could be another mixed-use development on the Luxe City Center Hotel site. Shenzhen Hazens wants to raze the hotel for two condo towers and a W Hotel steps away from the arena. The company paid $104 million for the 2.5-acre site. It paid $925.11 per square foot, the highest of any major land purchase in the area since 2014. The company’s chairman is reportedly a big basketball fan.
There are risks to these giant projects. The expected Chinese buyers (perhaps up to 40% of the expected residents) may not materialize and without enough local buyers property values may plummet and buildings may sit empty (which is a common occurrence in China). There are 6,260 apartments under construction downtown by all developers and when completed they will increase the number of existing homes in the neighborhood by 15% to more than 40,000. Thousands more units are planned.
No matter who is the developer or whether area real estate is booming or a bust, conflicts can arise. If you are involved in the real estate industry and fear you may be involved in future litigation, or have already been sued and need legal representation, contact our office to was can talk about your situation, how the law may apply and your best options to protect your interests.