Under Armour Plays Hard Ball When It Comes to Trademarks 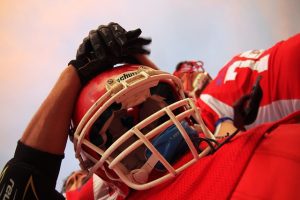 In less than ten years Under Armour has gone from the owner selling its sporting goods from the trunk of his car, after making them in his grandmother’s basement, to a $3 billion business. That aggressive growth is being matched with legal aggression against companies who may, or may not, be infringing on the company’s trademarks.

One example is a lawsuit against a company whose owner claims its name, Armor & Glory, is biblically inspired, not inspired by its much better known competitor, according to the Washington Post. Terrance Jackson started his company in 2013, he says after he found much of the clothing marketed for his three year old son were covered in skulls and crossbones.

Jackson has only sold a couple hundred shirts and has no marketing budget beyond its Facebook page. Despite its small size Armour & Glory got the attention of Under Armour, the country’s second biggest sportswear company, which sued it, claiming trademark infringement. The lawsuit was filed in federal court in Maryland where both companies are based. According to the Post,

“It’s trademark bullying at its finest. I’m the little kid in the group and they’re trying to kick dirt on my new shoes,” said Jackson, 37, who said the name came to him one morning, from “the full armor of God” cited in Ephesians 6:11. “When God gave this [name] to me, I never thought once about those guys. We don’t even spell it like them.”

Under Armour alleges Armor & Glory’s name “is likely to cause confusion, mistake and deception” as to whether there’s a connection between the companies, which would “dilute the distinctiveness” and “further damage and irreparably injure” Under Armour’s brand. It seeks destruction of all of the defendants’ products, turning over its domain name and any profits, as well as pay for Under Armour’s attorney’s fees.

Under Armour has become hugely successful, spending a lot of money for endorsement deals with the likes of Tom Brady and Stephen Curry as well as financing a number of lawsuits. The company has become a virtual biblical plague on those using similar trademarks such as Body Armor (it sells a sports drink), Salt Armour (a fishing apparel company) and Ass Armor (the maker of shock absorbing snowboarding shorts). It also sued shoemaker Skechers for allegedly copying one of its commercials.

Jackson told the Post Armor & Glory has made less than $100,000 in revenue since its inception. Its $20 shorts and $25 shirts are targeted to a core Christian audience, with slogans like “Be spiritually attractive” and “Put on God’s armor and receive His glory.”

Ed Tomlin, Jackson’s partner and a former Under Armour employee, says a name change is not an option because “it’s a matter of principle and a matter of faith” because their name “was inspired by God…To turn our backs now would be like we were being disobedient.” Though the lawsuit threatens the existence of the company, it’s brought a lot of free publicity and demand for their products has increased dramatically. “I don’t think anything happens by coincidence,” Tomlin is quoted by the Post, “People love their underdogs.”

Your company’s trademarks, copyrights and other intellectual property may be your most valuable asset. You need to protect it not only from those unfairly copying it, but also from those claiming you are the one illegally doing the copying. If you have any questions or concerns about your intellectual property and how the legal system can protect your company’s rights and interests, contact our office so we can talk about your situation, applicable laws and your best options.