If Someone Stole Your Intellectual Property You Would be Grumpy Too 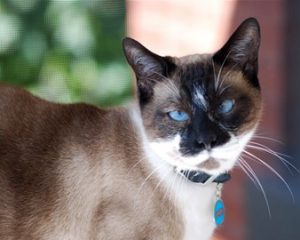 Thanks to the internet there are people making a lot of money in ways that didn’t exist ten or twenty years ago. Some of those people, or more accurately their pets, are internet celebrities. If they’re smart they will use intellectual property protections such as trademarks and copyrights in order to protect and cash in on their internet celebrity status. One such celebrity is the Grumpy Cat.

The Grumpy Cat became an internet hit in 2012. Grumpy Cat Limited was created to take advantage of that notoriety. That company is engaged in an intellectual property dispute with a beverage company marketing the iced coffee “Grumpy Cat Grumppuccino.”

In December a lawsuit was filed on behalf of Grumpy Cat Limited in a California federal court according to the Hollywood Reporter. It claims that the defendant, Grenade Beverage LLC of Orange, agreed to an exclusive licensing contract in 2013 with Grumpy Cat Limited to license the cat’s copyrights and trademarks for coffee products. Under the agreement Grumpy Cat was to receive royalties and an advance. The lawsuit states any additional product offerings involving Grumpy Cat copyrights or trademarks would need further negotiations and approval.

But Grumppuccino was not enough. There was “Grumpy Cat” branded roasted coffee products. The complaint states that, per the contract, defendant sought plaintiff’s approval to use the licensed properties but such approval was not given. Defendants reportedly tried to throw the wool over the eyes of the Grumpy Cat by repeatedly telling the plaintiff the licensed properties wouldn’t be used in connection to the roasted coffee.

According to the complaint defendants,

Grumpy Cat Limited is asking for an injunction to force the defendant to stop violating the contract as well as damages for copyright and trademark infringement and a breach of contract claim. CNBC reports that Grumpy Cat Limited is seeking up to $150,000 for each copyright infringement and $100,000 for exploiting the domain name grumpycat.com which is owned by Grenade.

It also reports that Grenade Beverage disputes the claims stating the causes of action don’t contain any facts. The fact is that this is not the first time Grenade has been sued for violating the trademark rights of others. E&J Gallo sued it because of its “El Gallo” drink mixer which featured a rooster on the product, which was marketed as a mixer with tequila. Gallo argued its name and the rooster logo were its registered trademarks and Grenade was trying to confuse the public into thinking El Gallo was an E&J Gallo product and the judge agreed.

If you believe your trademark rights have been violated or are being accused of violating the rights of others contact our office so we can talk about what’s causing the problem, how it can be addressed and the best ways to protect your rights and interests.