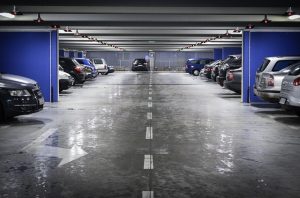 Cars are the life blood of Southern California. If no space can be found to park them, a proposed half billion dollar real estate development in Anaheim may never get beyond the planning stage.

A massive development proposal that promises a complex of condos, hotel, retail and office space may live or die depending on parking spaces. Chinese development company, LT Global, has filed an application with Anaheim to build the $500 million project that relies on city owned parking that the Los Angeles Angels of Anaheim control, according to the Orange County Register.

LT Global proposes to use 1,300 parking spaces at Angel Stadium, which would neighbor the development at State College Boulevard and Orangewood Avenue. The team has stated it won’t give up any of that parking. An LT Global spokesman states the company has been “reaching out to the Angels for many months” and is willing to pay for the spaces but no agreement has been made.

A team spokesman didn’t appear to be very positive about the situation, stating they haven’t gotten any specific proposal from LT Global and in the past announced they’d object to the project if it relies upon Angels’ parking. The proposal includes LT Global building 3,021 of its own parking spaces.

“It is unclear how a project could file an application relying on land and parking they do not have the right to use,” Team spokeswoman Marie Garvey is quoted as saying. “The stadium parking is a critical part of the fan experience and our operations, and is legally bound to the Angels as part of the lease with the city.” The city of Anaheim owns the stadium and under its lease with the team the Angels are entitled to 12,500 surface-level parking spaces surrounding the stadium.

While the team and developer don’t appear closer to an agreement, one city official called it an “exciting proposal.” The proposed Platinum Triangle development includes 600 condos and apartments, about 65,000 square feet of office space, a 387,000-square-foot retail center and a 250 room hotel.

It may take about a year to get through Anaheim’s review process and the required environmental assessments. If the project is approved and the parking issue resolved, construction could start next year and completed by 2020.

Depending on the type of business and location, customers’ easy access to parking could be the difference between a business succeeding or closing. If you’re a commercial property owner, or a commercial tenant, and there are disagreements about important terms of a commercial lease (like parking) and you want to learn more about applicable laws and possible legal options in case an agreement can’t be worked out, contact our office so we can discuss the situation and how we can help.