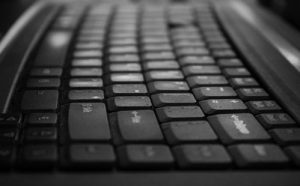 CyberNet and affiliated companies are an example of a Ponzi scheme. Barton Watson founded CyberNet (an IT services company) and Cyberco Holdings and another shell company, Teleservices Group Inc., which supposedly was a vendor of servers and other computer hardware, according to Michigan Live. The Grand Rapids based company claimed to have done $321 million in business in 2003 but one former employer stated it actually did about $10 to $20 million in business. The banks of “computers” in its office that may have impressed visitors were only boxes with flashing lights.

This wasn’t Watson’s first fraudulent operation. According to CRN he and his mother were successfully sued for selling illegal investments in 1985. Two years later he plead guilty to fraud committed while he was an E.F. Hutton broker. In 1992 Cyberco Holdings was formed and it engaged in massive fraud to get loans from banks and other creditors.

After the company went into bankruptcy in 2004 the public got to see the company’s offices, whose contents were sold off to the highest bidder. There was top of the line office equipment and furnishings. The executive offices had cherry wood paneling, hardwood floors and fireplaces. Watson’s desk was made of Cuban mahogany. The contents of the wine cellar in the basement were estimated to be worth more than $100,000.

About 70 banks and creditors filed claims against CyberNet. Total claims against the company are more than $100 million. The operation came tumbling down in November 2004 after agents from the FBI, IRS and U.S. Postal Inspectors Office raided the CyberNet’s offices as part of a fraud investigation into the company. Watson shot and killed himself less than a week later after drinking a $700 bottle of wine.

Parties are still tracking down the money today. Huntington National Bank was one bank that made loans to CyberNet. A bankruptcy judge ruled in 2012 the bank owes more than $72 million plus interest (now $11 million) to the victims of the CyberNet Ponzi scheme. The judge ruled it looked the other way when money was transferred from one entity to another and the bank became part of Watson’s scheme once it realized his business transactions were not legitimate. The bank is accused of pressuring Watson to repay its loan, knowing the business would probably soon implode. A U.S. District Court judge agreed with the bankruptcy judge’s report in September. The bank stated it will appeal the decision.

Though eleven years have passed since CyberNet closed, it appears that defrauded investors are closer to recouping a fair amount of their losses if the case against Huntington is ultimately successful. If you believe you’ve been the victim of a Ponzi scheme, don’t give up hope and don’t be too embarrassed to contact our office. Whether through bankruptcy court or other legal claims we may be able to help you recover some of your losses.