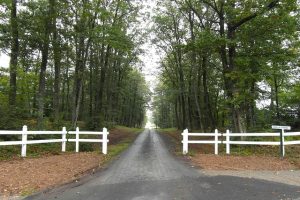 An easement is a legal right by one party to enter and access another person’s property for a specific purpose. Because of such an easement, depending on the circumstances, you may be able to use property not belonging to you, or someone else may come upon your property and you would have no legal recourse to remove them. Two property owners became involved in a dispute over use of an easement which ended up in a California appellate court, which made its decision earlier this year.

An easement existed to provide access and utilities crosses an adjacent property via a driveway. Those owning the rear property improved the easement with pavement, plantings, irrigation and lighting. The owners of the front property did not object to this work and the improvements are maintained for many years. The arrangement worked well until both property owners sold their homes.

A California Court of Appeals decided for Richardson. It held that the effort and costs in improving and maintaining the easement by he and the prior owner, along with the front property owners’ failure to object for the first six years establish he received implied permission and has the right to an irrevocable license (a right to do something on another’s property) to maintain the improved easement across the front property.

The Court of Appeals ruled,

As a result property owners need to understand that allowing a party to make improvements above and beyond what’s strictly needed for an easement can result in an implied license allowing the party to continue his or her activities on your property, no matter the purposes of the easement.

If you have an easement on another property, or that easement is on your property, and you have questions about your legal rights, contact our office so we can discuss the situation, your objectives and the best ways to protect your rights.