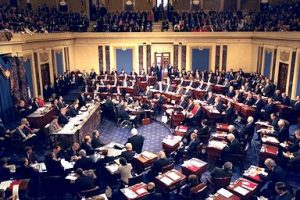 A bill allowing a private cause of action for trade secret theft was approved by the Senate Judiciary Committee in January. The Defend Trade Secrets Act (DTSA) would create a private cause of action based on federal law. Its remedies would be consistent with those provided by federal law to owners of other forms of intellectual property such as patents, trademarks and copyrights.

The goal of the bill is to discourage the theft of corporate trade secrets. If it can be shown such a theft occurred it would allow companies to go after the (alleged) thieves of confidential business information in federal court. The DTSA would amend the Economic Espionage Act of 1996 (EEA) to create a federal private right of action for trade secret theft. As it stands now the EEA only allows criminal law violations for trade secret theft and a civil lawsuit on the matter would have to be based on state law.

The bill as approved by the committee,

The text of the latest version of the bill is available here.

After hearings in December several amendments were made, including,

In a blog on the website The Hill Senators Orrin Hatch and Chris Coons state last year the Department of Justice brought only 15 criminal cases for trade secret theft. The bill would allow businesses to protect their trade secrets through a civil action in federal court.

“It also allows business owners to seek court orders to retrieve trade secrets before stolen information is shared with competitors. To ensure that companies do not use seizure authority for anticompetitive purposes, our legislation requires those seeking redress to make a rigorous showing that they owned the trade secret, that the trade secret was stolen, and that third parties would not be harmed if an ex parte order were granted.”

It is not known when the DTSA bill will be presented to the Senate for a floor vote.

If you believe your business has suffered the loss of trade secrets though there is currently no federal cause of action you may have legal rights under state law. Contact our office today so we can talk about the information at issue, what happened to it and how the law may apply.