Employee Income is More Than Cash. 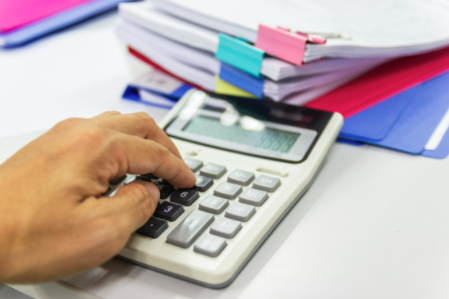 Employee Income is More Than Cash. The world’s most famous criminal case is now pending in New York. Maybe you heard of it. The Trump Organization and its Chief Financial Officer Allen Weisselberg are charged with the state law crime of scheme to defraud in the first degree. Although the criminal charges are for fraud, the facts involve allegations the parties failed to report and pay federal, state, and city income tax. There are many lessons to be learned, including the fact taxable income includes compensation in whatever form that may take.

You don’t decide what income is taxable. Statutes, regulations, court decisions, and various tax rulings set the standards. If you pay someone $75,000 in salary you won’t decrease that taxable income by $25,000 if you pay that amount to your employee’s child’s college to pay her expenses.

It’s alleged that the Trump Organization (TO) provided an apartment and a car to Weisselberg and paid for a grandchild’s education as compensation for his work, but neither party reported that to taxing authorities. It’s claimed these “under the table” benefits were actively hidden and defendants knew they were breaking the law.

You Can’t Legally Avoid Taxes By Calling Income Something Else

Prosecutors claim Weisselberg received $1.76 million in untaxed and unreported income in the form of fringe benefits over a 16 year period. It’s alleged he avoided paying $901,112 in taxes and illegally received $133,124 in tax refunds he didn’t deserve.

Both have plead not guilty. Donald Trump at a rally after the indictment was made public didn’t deny the facts of the charges, but claimed that is was a common practice that wasn’t illegal, reports the New York Times.

For federal income taxes, according to the IRS, taxable income could be money, property, or services. What you receive is taxable unless there’s a specific exemption under the law. Even some nontaxable income must be reported on your tax return, though you need not pay taxes on it. One IRS publication lists 19 fringe benefits that aren’t taxable income.

Income Includes Paying for Things That Benefit You Indirectly

You’re required to include in your gross income everything received as payment for personal services and employers are also required to report it. This can be wages, salaries, commissions, fees, tips, fringe benefits, and stock options. Fringe benefits received in connection with performing services are included as compensation unless you pay fair market value for them or they are specifically excluded by law.

You’re considered the recipient of the fringe benefit even if you don’t directly benefit from it. If your work results in a benefit that goes to a family member, it’s your taxable income. If use of a car is the benefit, but only your spouse drives it, it’s still your income.

California and the city where you live may have income taxes too. You should follow the same rule: unless you can find an exemption or the worker pays the going rate, the fringe benefits you provide are taxable income and should be reported. If you have any questions, ask your accountant.

The most serious charge facing Weisselberg is second-degree grand larceny, a felony that carries a maximum 15 year sentence, according to NPR. The TO’s toughest charge is criminal tax fraud. If found guilty, it may be fined “double the amount of the underpaid tax liability resulting from the commission of the crime” or $250,000.

Paying that amount of money won’t be the worst consequence. A felony conviction for the Trump Organization could make it very difficult to obtain bank loans and some insurance policies. It would also be barred by governmental agencies supervising various projects and from conducting certain businesses.

Run a Business, Not a Tax Fraud Scheme

No one likes paying taxes and there are legal ways to minimize your exposure. Breaking the law to save some money in the short term could cost you far more if taxing authorities catch up to what you’re doing.

Call us now for a strategy session. We can discuss how we can help you run your business without worrying about the underlying legal consequences. Focus Law be reached at (714) 415-2007, or reserve your spot by clicking here.