When Does a Bad Online Review Cross the Line Into Defamation? 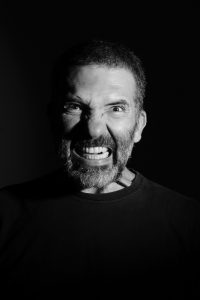 Online reviews can help a business grow or cause it to shrink. They are increasingly powerful, double edged tools. Some businesses work very hard to obtain positive reviews and that effort can hit heavy head winds because of an anonymous, vocal, unhappy customer or two. If a business is harmed by a false, negative review, what can it do?

Americans benefit from free speech but that freedom has limits, including defamation. Generally if a business’ reputation is harmed by a false statement and it can prove damages, it may have a legal action for defamation against the party making the false statement. Defamation in a written form is libel while slander is oral defamation.

The California Court of Appeal, First District, Division Four issued a ruling in July protecting a business’ ability to fight online, anonymous speech that may be libelous (ZL Technologies, Inc. v. Does, Glassdoor) though in the context of employee, not customer, reviews. The plaintiff found that it received very poor reviews on the job posting website Glassdoor. They complained about management, compensation and its work environment, making it that much harder for ZL to find job candidates.

ZL sought to compel Glassdoor to reveal who posted those reviews, it refused. ZL filed suit against the anonymous “Does” for libel. Glassdoor received subpoenas for records that could identify the Does, it objected claiming opinions were posted and opinions can’t be subject to legal claims. Glassdoor also argued pursuing the Does would violate their free speech rights. The trial court agreed with Glassdoor, ZL couldn’t identify the Does without the subpoenas and its lawsuit was dismissed.

The Court of Appeal reversed the decision. It reasoned that some of the postings were factual assertions, not opinions, which could be the basis of a libel claim. It stated when a court tries to tell the difference a judge must decide if,

• A reasonable fact finder could conclude a statement declares or implies a provably false assertion of fact,
• Depending on the language used and the context in which it’s made,
• Speech is more likely to be an opinion if it contains exaggeration, uses bad grammar, is informal and general, and
• Speech is more likely to be a factual, possibly defamatory assertion if it’s more formal, specific and supposedly unbiased.

In this case the court stated Glassdoor’s structure and format can lead a reader to decide the reviews in question are a mix of facts and opinions. Glassdoor’s name, its purpose and format lead visitors to expect a combination of facts and opinions, not just a forum for angry employees and ex-employees to vent. Glassdoor claimed to website visitors they might find a job using its “detailed information.”

The appellate court found the language used wasn’t crude and the posts weren’t immature naming-calling or one-sided critiques. The reviews used formal language and conveyed information that appears to be unbiased and intended to communicate facts.

ZL got far but its subpoenas haven’t gotten the green light yet. Before Glassdoor is required to produce records which may identify the anonymous posters (who may be current ZL employees), ZL must establish the basic elements of defamation in the case, including showing the reviews are false. The court stated this will help ensure ZL is making valid legal claims and not just trying to embarrass, harass or silence its anonymous critics.

If you believe your business has been defamed in an online forum or elsewhere and has suffered harm, contact our office so we can discuss the statements at issue, how the law might be applied in your situation and your best options to protect your business.