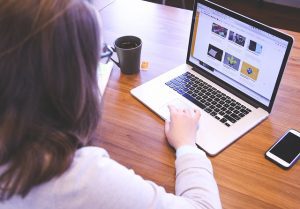 We are living in the age of the consumer review, whether you’re in the market for a laptop, car, plumber or lawyer. Many of us will make buying decisions, or at least narrow down the choices, by using reviews we find on social media and websites. It has become a powerful marketing tool for business, but it’s a doubled edged sword. Positive reviews can boost sales, negative reviews can slow them down.

Some businesses have taken protecting their online reputation to extremes by suing those posting bad reviews by claiming the person violated some kind of user/purchase agreement or committed libel or defamation.

A Florida based seller of weight loss supplements is the latest company drawing attention to its aggressive actions against bad reviews. The Federal Trade Commission (FTC) announced last month it filed a lawsuit against Roca Labs, Inc., for a number of reasons including making false claims about their products and that it threatened to enforce an invalid “gag clause” against those who posted negative reviews and testimonials online.

Roca told consumers posting negative reviews they violated a non-disparagement section of the “Terms and Conditions” they allegedly agreed to when they purchased the products. The FTC claims these provisions are not legally enforceable and subsequent warnings, threats and lawsuits filed against online reviewers were attempts to intimidate unhappy purchasers which unfairly barred them from sharing truthful, negative comments about Roca and its products.

Jennifer Schaive is a former customer who got Roca’s attention when she posted a bad review on the Better Business Bureau website, reports CBS News. She claims the company tried to intimidate her to force her to remove her review. Schaive describes the products as inedible “pink goo” that a doctor retained by the FTC said mostly contained dietary fibers.

Roca has also sued the owners of the Pissed Consumer website which contains numerous negative reviews about their products. An attorney for the website states they are fighting the lawsuit and have a First Amendment right to publish the reviews.

CBS quotes Mary Engle, FTC’s head of advertising practices as stating, “If companies are trying to suppress negative information, we want to stop that.”

If your business is just dealing with negative reviews, there are many ways to deal with them other than legal action but if your business truly has been the victim of libel or defamation, you should protect your rights and interests. If you think reviews of your business have crossed the line and you want to learn about your legal rights, contact my office so we can talk about the situation, the laws that apply and how you can address the problem.