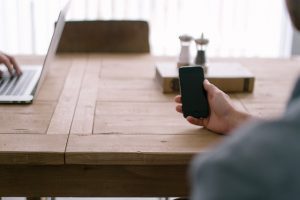 Your workplace could be a recording studio without you even knowing it. Thanks to smartphones, it’s never been easier to make audio and video recordings of your surroundings, including the workplace. Increasingly employees filing discrimination and whistleblower complaints are making recordings to back up their allegations. One Houston employment lawyer estimates that more than half of her clients come to her with secret workplace recordings, according to ABC News.

California has a wiretapping law that covers audio and video recordings of in person and telephone conversations. It is a “two-party consent” law so, ideally, the person making the recording should get permission from the person being recording in order not to violate this criminal law. The statute covers “confidential communications” (where one of the parties has an objectively reasonable expectation that no one is listening in or overhearing the conversation).

If the recordings are made in a busy, public space, it would be hard to argue a person being recorded expects privacy. When it comes to the workplace, courts have generally found that employees have no objectively reasonable expectation of privacy given management’s traditional ability to control the workplace and perform investigations into wrongdoing.

To try to avoid this issue, you could issue a mandate that employees face discipline if they’re found secretly making workplace recordings. The National Labor Relations Board recently ruled such a ban by the Whole Foods supermarket chain didn’t violate the Labor Relations Act or prevent workers from taking concerted action on workplace working conditions.

But you may be hard pressed if you create such a restriction, then discipline an employee exposing blatant harassment or illegal activities with a secret recording. Management could face the choice of who it wants to be sued by, the harasser/criminal claiming he’s the victim of management breaking its own rules, or the employee making the recordings filing a retaliation or whistleblower lawsuit. If the recorder is the one on the short end of the discipline stick, don’t be surprised if the video appears on social media with ensuing negative reaction and reporters (if not lawyers) knocking on your door asking for an explanation.

In order to lessen the damage secret recordings could do, fully investigate claims of discrimination or wrongdoing so employees won’t feel it necessary to use secret recordings. Employees who feel their back is against the wall and have nothing to lose, are more likely to press the record button. Remind your management that there’s always the possibility their words and actions may be recorded without their knowledge, so they should speak and act accordingly.

If you have questions about workplace privacy and possible legal issues at your business, contact my office. We can talk about your concerns and the best ways to protect your interests.