Man Defrauds Investors With Fake Hedge Fund, Tries to Get Away with it By Faking His Own Death 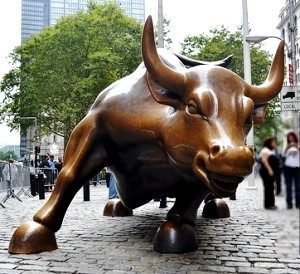 A New York resident has been sentenced to five to fifteen years in prison for defrauding investors of about $800,000. Moazzam Ifzal Malik, a.k.a. Mark Malik, 33, of Lahore, Pakistan was a very busy and ambitious guy. Instead of honestly making money he took short cuts and is now in prison.

Malik was convicted in December by a jury after a two week trial in New York County Supreme Court of 28 counts charged in the state Attorney General’s indictment, including grand larceny and securities fraud, according to a press release issued by the Attorney General’s office.

Malik invented a number of fictitious hedge funds which he claimed routinely outperformed the market by over 200%. From 2011 to early 2015 he convinced investors that he managed multi-million dollar hedge funds that earned high returns. Malik,

Malik was a very busy guy. His bona fide Wall Street experience was as a trainee at a financial consulting firm and he was registered as a broker from 2007-2009. While running his scam Malik actually worked as a security guard, waiter and traffic agent. While balancing all these duties he,

Malik is also facing civil claims filed by the Securities & Exchange Commission last February according to CNN/Money. An investor cited in that complaint claims Malik faked his own death, creating a fictional employee who informed the investor through email Malik had died of a heart attack.

If you believe you are the victim of investment fraud it’s time to take action. Don’t let embarrassment stand in the way of holding the con man accountable. Contact our office today so we can talk about the situation, what laws may apply and how you may be able to get at least some of your investment back. The longer you delay the more difficult it may be to recoup your losses.