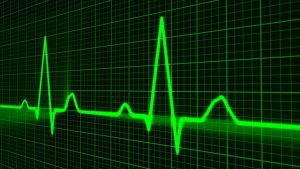 Masimo Corporation’s lawsuit filed six years ago looks like it’s a step closer to resulting in nine figure dividends. Masimo sued Philips Electronics North American Corporation and Philips Medizin Systeme Boblingen, both subsidiaries of Royal Philips, in 2009 alleging the companies of infringing on two of their patents, according to the Los Angeles Times. In October a jury in a Delaware federal court found in Masimo’s favor. In May a judge upheld the verdict and rejected an appeal by Philips.

A patent infringement claim is a federal cause of action that can be brought by a patent owner against another party that the patent holder claims is using the patented invention without its permission.

Masimo’s website describes itself as a medical technology company that develops and manufactures noninvasive patient monitoring devices and sensors. Masimo is one of Orange County’s largest public companies.

The latest decision doesn’t appear to be the end of the story. Philips in a statement said that it would “continue to pursue all avenues of appeal.”

The Wilmington, Delaware, jurors took less than a day to decide to rule favor of Masimo after a two week trial, reports Reuters. They decided the defendants infringed on two patents related to monitoring medical patients’ blood oxygen level and pulse and that Masimo didn’t infringe on a Philips patent.

Philips conceded it infringed on the patents, but claimed they weren’t valid or enforceable because they were “obvious” and insufficiently described in their patent filings. To qualify for a patent, an invention must be nonobvious and novel. An invention is nonobvious if someone skilled in the particular field of the invention would view it as an unexpected or surprising development.