Don’t Stop ‘Till You Get Enough Lawsuits 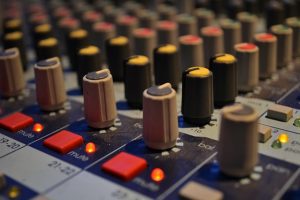 It’s been nearly seven years since Michael Jackson’s death but that passed time hasn’t put an end to the lawsuits involving his music. The latest lawsuit in the news involves his former producer and the production and sales of Jackson’s music after his death.

Los Angeles Superior Court Judge Michal Stern ruled in February that a lawsuit over breach of contract claims filed by Jackson’s former producer Quincy Jones against MJJ Productions (controlled by Jackson’s estate) and record company, Sony Music Entertainment, involving royalties on some of the biggest hits Jones produced for Jackson can go to trial, reports the Orange County Register. He said it would be up to a jury to decide the numerous factual disputes about whether Jones is owed any money.

He sued MJJ Productions and Sony Music Entertainment in 2013 for at least $10 million. Jones claims the defendants edited songs for the “This Is It” film featuring footage of Jackson rehearsing for a concert tour, a pair of Cirque du Soleil shows featuring Jackson’s music and the 25th anniversary edition of Jackson’s album “Bad” to deprive him of royalties and production fees. He also seeks a credit on the film. Jackson’s estate and Sony Music have tried to have the case dismissed.

Jones worked with Jackson on three of his most popular solo albums, “Off the Wall,” “Thriller”(which sold over fifty million copies) and “Bad.” Jones first gained fame as a jazz artist who later produced or arranged music for Frank Sinatra, Donna Summer, Tony Bennett, Ray Charles and the Count Basie Orchestra.

Jackson’s hits “Billie Jean,” “Thriller” and “Don’t Stop ’Til You Get Enough” are some of the songs Jones alleges were re-edited to prevent him from earning royalties and a producer’s fee. Jones’ lawsuit claims the defendants breached their contractual duties to allow him the first opportunity to re-edit or alter the songs, in part to protect his reputation.

Judge Stern stated at issue are two basic contracts and both sides’ arguments rely on fundamental contract law, according to the Hollywood Reporter. He also stated disputes over facts requiring evidence, including the definition of musical terms like “remix” and “coupling,” need to be resolved by a jury.

Sony’s attorney stated Jones claims he has the perpetual right to not have anyone else touch Jackson’s music without his permission but for years Jones didn’t complain about others remixing songs he produced for Jackson. The attorney also asked the court to remove Sony from the lawsuit because any money damages would be paid by MMJ, not Sony, but Stern denied that request.

Generally the royalty for a music producer is in the range of 3% to 4% of the retail price of records sold. For hot producers like Jones, the royalty is often higher. Producer contracts often contain a first right of refusal where a producer will have the opportunity to do the first re-mix of the master recordings that he helped to create.

If your company is involved in a contract dispute, contact our office so we can talk about the contract, what both parties intended and the facts of the possible breach. We can also talk about how the law may be applied in your situation and your best options for protecting your legal rights and protections.